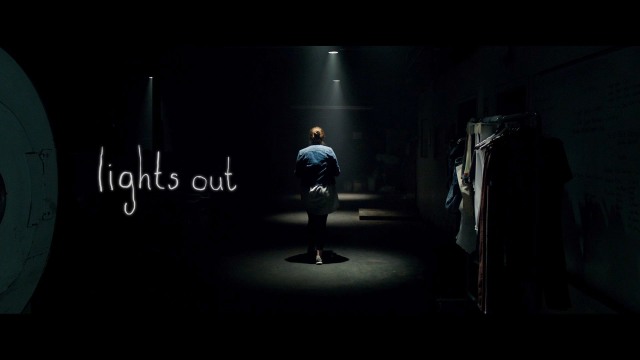 When did we start to confuse jump scares, the equivalent of someone pouncing at you and yelling boo, with real horror? When did we segue from true bone chilling, ‘stuff that haunts you for years’ horror to these bland homogenised horror-by-numbers productions? When did horror stop being the boundary crossing, censor-baiting, unexpected risk-taking genre it’s always been, and become this?

Horror at its best, takes you places you aren’t sure you even wanna go, shows you things you know will stay with you and gives you the FULL gamut of emotions not just a temporary clang of discordant music accompanying a sudden appearance on the screen. Think of Rosemary’s Baby, The Exorcist, Texas Chainsaw, Last House on the Left, The Mist, Carrie – horror that subversively tells you a deeper, more crushing and important story beneath the horror layer on top. And the horror itself is vicious or angry or filled with dread, the kind of stuff taken from our collective subconscious, the things we are REALLY afraid of. Nightmares.

Movies like those are now like hens teeth, things of the almost-past; and the insipid and impotent ‘horrors’ that have replaced them just make me sad.

‘Lights out’ is the latest horror to hit the big screen. It stars Theresa Palmer and Maria Bello and thus continues the new tradition of populating this generations horror movies with name actors.

It is also the feature film directorial debut of David F Sandburg, but is produced by James Wan, a name that is now (along with Blumhouse productions) starting to give me a lot of pre-movie trepidation – they seem to enjoy wallowing in the mediocre, just the bare minimum required to fit into the genre. They are not interested in expanding or even celebrating the horror genre, just making money from it.

It is the story of Sophie (Bello) whose mental illness has allowed a ghost from her past to infiltrate the present. This ghost (called Diana) can only exist in the dark, and is now intent on pursuing all those whom Sophie loves in order to have her to itself. On the chopping block are Sophie’s daughter Rebecca (Palmer) and son Martin (a mostly believable Gabriel Bateman). Along for the ride is commitment-hungry boyfriend of Rebecca’s, Brett (played by Alexander DiPersia)

This is based on the excellent and chilling short film of the same name (same director – check it out on YouTube). Is there enough there for a feature film? No there isn’t, and so we will expand it with exposition and over-egg the pudding.

First, the positives – the acting is uniformly good with Palmer giving an actually exceptional performance here, you buy her every emotion.

Some sequences were more effective than others and if you’ve seen the trailer you’ve already seen them but basically the tattoo sign red light scene and the opening mannequins/lights failing scene.

Diana crouched in the dark has a nice ominous feeling to it that was effective.

The ending was actually quite brave and I’m glad they went there though the abrupt sudden credits just after that scene and its wrap-up were a little jarring.

There were an unfortunate number of negatives that must be mentioned however. The backstory was muddy and frankly unbelievable; the convenient ‘evidence’ Rebecca finds so easily, including the tape recording set at just the right point and the drawing dangling tantalizingly from a bottom drawer couldn’t have been more clunky if they’d tried; the fact that they chose to give Diana’s child voice on the recording a demonic guttural sound was a serious miss-step, I mean c’mon! The jump scares were telegraphed from a mile away and the melodrama of who’s going to be looking after Martin was pretty day-time soapy. The dinner table scene where they discuss how to deal with the ghost (Brett just accepting all this like he’s being spoonfed baby food even though he hasn’t even seen anything at this point) is beyond absurd with the mother declaring “you don’t turn your back on a friend”, meanwhile Diana is trying to kill her kids – just stupid. Having said that, there are not nearly enough deaths here, the body count kept very very low which detracts from any feeling of danger the director is trying to generate.

I’m also not entirely sure I embrace what it says about mental health. Lights Out basically demonises people with mental health problems with even Sophie’s own children referring to her as ‘crazy’ on numerous occasions which is offensive and wrong. This film does weigh in on mental health and that is not a responsibility that the film-makers have taken very seriously here.

And don’t even get me started on that holier-than-thou boyfriend who’s just there to love and support and be general dogsbody for his girlfriend while looking gorgeous with his tousled hair and leather jacket but just the right amount of nerd in his rainbow striped socks – it’s ridiculous – men like him do not exist, period. I believe in a demon luring in the dark more than I believe in that particular figment of the film-makers imagination.

But the biggest problem once again is that old familiar one of horrors these days – ITS NOT SCARY!

Its easy to make people jump, its easy to play on familiar tropes and churn it out for the PG crowd to go along to and get cheap thrills from the jolts and say they’ve seen a horror but they are playing you people!

Things need to change for horror and quick because it seems the more accepted by mainstream it becomes, the less like horror it is; and we are losing what makes it so good.

One thought on “Lights Out”